Educated at Oxford, and afterwards held a commission in the Blues. A contributor to Addison's Spectator. Succeeding to the title and to the family estates in Virginia, inherited from his mother, between the Rappahannock and Potomac Rivers, and a great portion of the Shenandoah Valley, he came to Virginia in 1735-1737 to inspect and protect his lands. 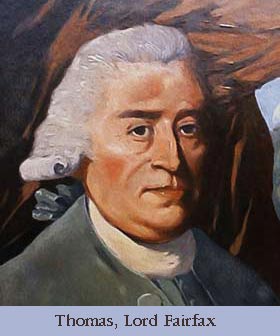 Returning in 1747 he first settled at Belvior; later he moved to the Shenandoah Valley in 1752, fixing his residence at Greenway Court, a few miles from Winchester. Here he lived in a style of liberal hospitality, frequently indulging in the diversion of the chase. He served as county lieutenant and as justice of the peace.

Lord Fairfax was the only resident peer in America. In 1748, he made the acquaintance of George Washington, then a youth of 16, and, impressed with his energy and talents, employed him to survey his lands lying west of the Blue Ridge. Though a frank and avowed Loyalist, he was never insulted or molested by the Whigs. His barony and immense domain, consisting of 5,282,000 acres, descended to his only surviving brother, Robert, 7th lord, who died at Leeds Castle, England, in 1791; but, as the domain was in possession of Lord Thomas during the Revolution., it was confiscated.

The estate of "Greenway Court" was situated approximately one mile south of what is now White Post, Virginia, near route 277 in Clark County. The original hunting lodge that served as Lord Fairfax's home is no longer standing, but the limestone building used as his land office is still standing. Fairfax never completed a palatial mansion as he had planned. 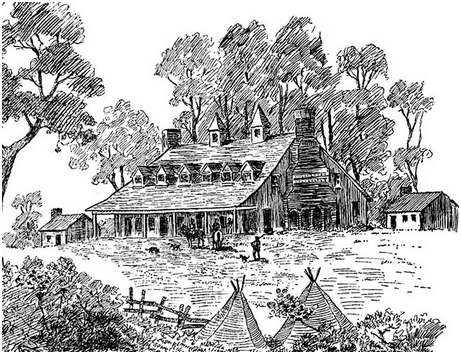 The lands of Lord Fairfax were originally granted by King Charles II on September18, 1649 while he was in exile in France. The grant was made to eight of his trusted supporters: Ralph Lord Hopton, Baron of Stratton; Henry Lord Jermyn, Baron of St. Edmundsbury; John Lord Culpeper, first Baron of Thoresway; Sir John Berkeley; Sir William Morton; Sir Dudley Wyatt; Thomas Culpeper, Esq. The grant covered all the lands within the heads of the Potomac and Rappahannock Rivers. The owners were to possess in this domain all the privileges and rights of any court baron in England; they could sell, rent or otherwise convey the lands.

On February 25, 1673 a new charter was given to Thomas Lord Culpeper and Henry Earl of Arlington. By September, 1681 Culpeper was Governor of the Colony and in control of almost all of the charters. Culpeper died on January 27, 1689; his estate went to his only legal daughter, Catherine. She married Thomas, fifth Lord Fairfax.

In reality the Northern Neck Grant suffered long and bitter litigation, first among the original grantees and the Crown and later between these two parties and the Colony of Virginia and those who settled the lands. Even the estate passing to Catherine and her husband was tested in court by Culpeper's other heirs including his illegitimate ones. 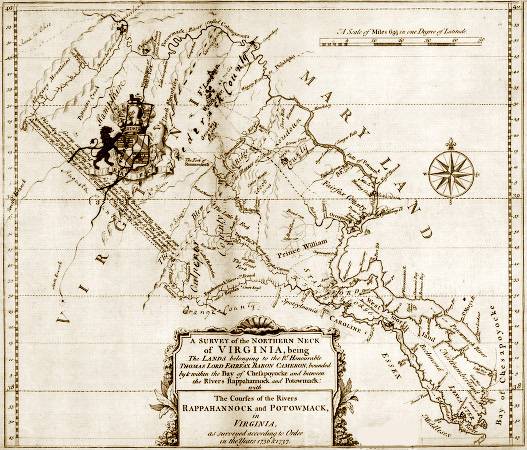 Map of the Northern Neck Proprietary
This map may be viewed in detail at http://memory.loc.gov/
Do a "Search" for "Lord Fairfax" or "Northern Neck"

Go to a Family Tree of the joining of the Fairfax and Culpeper families with the Thomas Bryan Martin Connection.

Detailed information on the Northern Neck Grant can be found in: